So as you might guess since I had found out I was pregnant, the next step was obvious…telling our family members and friends. The trick here was to keep everyone quiet (aka not posting any messages on facebook or twitter, or calling anyone else) until we had told everyone we needed to tell.

The first victims of our telling spree were my mom and Ed (my stepdad). They were home on a Saturday morning when we drove over to stop by to pick up my mail that was still getting delivered to the house. We told them we needed to speak to them in the living room and they had concern on their faces. They had absolutely no clue what we were about to tell them. I told them since they had an argument the day before that they needed to stop arguing and they both looked puzzled as I threw the pee stick at them (don’t worry, it was in a ziploc baggy!). Only a video can best describe what happened from there (use the link below to see what I am talking about)…

Our next victims were my mother-in-law and father-in-law along with our siblings. Each one had the exact same excitement and joy in welcoming a new baby into the family. We got everything from “I can’t wait!”, “Are you gonna find out the gender?” to “I can’t wait to make cupcakes, cakes, and give him all the sweets in the world!” And then the chaos began…doctors appointments and sonograms galore! 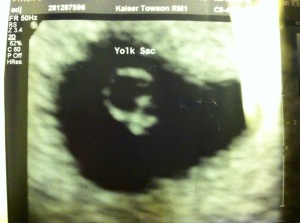 The first shot of our baby

My diet had changed drastically…Fast food made me want to vomit, I couldn’t eat chickfila anymore because I almost did vomit eating it, and whatever the baby didn’t like the baby made sure to let me know and never forget about it. I couldn’t touch hashbrowns, chicken salad, or chicken. I mainly ate fruits and vegetables and if I ate meat it was only beef or steak. I also had to have cereal for breakfast because any sort of hot breakfast made me feel even more nauseous. While I never got morning sickness, I did have a bunch of headaches. Other than that, I had a smooth and normal first and second trimester.

As the time passed and it got closer to our gender reveal sonogram, I was confident our baby was a boy. While my husband and I wanted a boy since day 1 of finding out I was pregnant and that’s what I 100% believed the sonogram would reveal all and we couldn’t wait to find out! August 31st had finally come and we knew that night we were having family and a few close friends over for the gender reveal so we had hoped and prayed our baby would show us the goodies! My first appointment that day was my regular monthly appointment and I asked my OB/GYN to see if she could get a sneak peek..no such luck..our baby was hiding and wasn’t releasing ANY information to anyone…I began to worry that at my second appointment we would have the same problem…NOPE! That boy flashed us four to five times with his goodies! So much that the sonographer said “The baby is 100% without a doubt a boy!” We were so excited and couldn’t wait for that night to tell everyone!

When I got home I baked the cake and decided green would be a good color for a boys cake and yellow for a girls. So obviously I made the cake green and that night everyone was so excited that they threatened my life if I made them eat dinner before cutting the cake. In order to preserve my life, I cut the cake only to reveal the greatest mystery of all time…ITS A BOY!